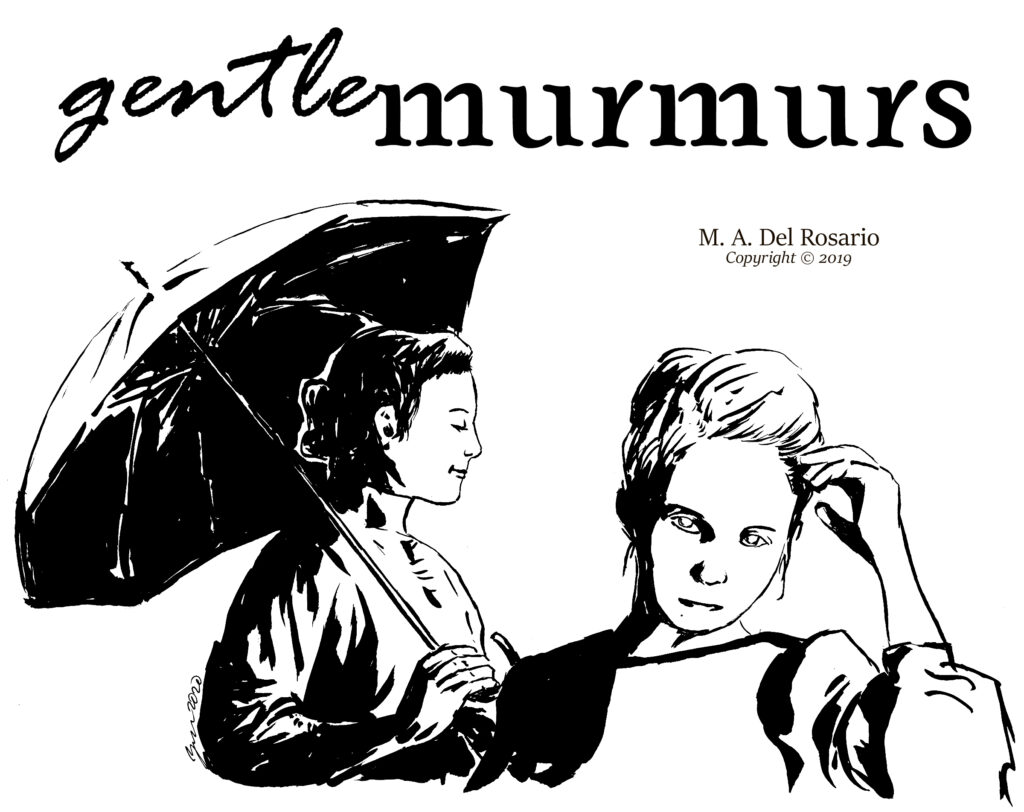 The silence of a gray afternoon was spent in earnest longings. Gentle murmurs drifted in the wind carried by memories of the past. Elena remembered many things, and she did not want to forget. She remembered bedtime stories with her father telling her of delightful tales of heroes and heroines in far-off places, of magic and the creatures that were born of it, and the stories of gods and monsters and legends that would forever dwell in her mind. Ah, such were the days, she remembered fondly when her father was still alive. He was gone now – everything was gone now.

She was a sad twelve-year-old girl who saw a shrink on Fridays and a chiropractor on the weekends. Elena was treated for depression. She was a recluse, a cripple, and she was a miserable shell of her former self. Sometimes the medicine she took worked, and she found herself out of her depressed state, but often she found herself staring, remembering what it was like to have a father, and the bedtime tales would return to mind with her father’s voice that echoed with the stories told. These stories meant nothing without a voice that gave them life. These stories were meaningless now.

Her father told stories of high adventure and magical tales of heroic princesses, warriors of great renown, and the enchanted world of faeries and gods. The many magical wonders leaped out of his head and into her world. Oftentimes, her mother would come into her room to scold her father for letting her stay up late. Elena remembered her father’s embarrassed smile after being caught, but a loving kiss on the cheek by both of them would always melt her mother’s angry face. Those were all but memories, and sometimes, like the passing of time, some of those memories faded away.

A leaf drifted down from the tree. Elena watched it fall down. Like the leaf, she wished that the number of people getting sick would fall down too. She wanted people to listen instead of being defiant and arrogant. It was simple enough to wear a mask and avoid being sick. Why they did not get it, she had no idea. The world had so many problems, and the adults fought amongst themselves on who was right, who should be followed. She never truly understood adults, only her parents, but they too had their flaws as she sometimes heard them argue. But they would kiss and make up later on, and the arguments never lasted long.

The gray day gave no warmth. Elena hummed to herself a song that her father sang when she was seven. The melody was that of an old Tagalog folk song… O Ilaw, which for her symbolized her father’s integrity and the love she once knew and remembered. She shed a tear.

Sunlight drifted in and out. Cracks on the clouds let out some sort of warmth, but the day was glum nonetheless. Elena felt the warmth come and gone, passing, caressing her skin as she gave a curt smile that quickly disappeared. A warm touch descended on her hand. She felt it and jerked, but all was well after a moment, for the touch was a familiar one, like that in a dream she always had.

“I have been looking all over for you,” the woman said with a soft voice, almost like a whisper, yet Elena heard the woman well.

“I am here,” the girl replied, her expression stoic. “I am always here. You know where to find me.”

“I worry about you. You know that, right?”

“Should you?” Elena returned with a question of her own.

“Why do you have to be so difficult?”

“Why did he have to die?” the girl snapped.

The woman remained quiet. There were many reasons why people die, and Elena’s friend had every answer to those questions, yet, the woman, dressed in black and pale in comparison to the peoples of the world, was bound by the laws of the universe and giving out the secrets of everything was forbidden, and so she remained silent on the issue of why people died.

“Why are you here?” Elena asked quite irritably. “You’re just a figment of my imagination! The doctors told me so.”

“Do you really believe that?” the woman asked as she propped herself beside Elena and opened her parasol.

“Maybe,” answered Elena. Her voice trailed off. “You’re probably just a faerie in one of my father’s stories.”

“But isn’t that what you wanted: for one of your father’s stories to come true?”

“Maybe back then, but not now – not when he’s already gone. There’s no point in having such things when he’s not around.”

The woman felt the bitterness in Elena’s words. She also felt the coldness in the girl’s heart that reflected the gray weather. She too started to cry.

“Why are you crying?” asked Elena who glanced in the woman’s direction.

“…Because I am failing you. I have been trying to save you, trying to tell you that everything will be alright, yet here you are, still sad. I have tried for two years already. I don’t know what else to do.”

And then the woman shed a tear yet again. Elena felt the tears fall down and touch her skin. A light drizzle came down and the woman sat closer to Elena and covered the girl with her umbrella. She came two years ago when Elena started the treatment, a year after her father died, and since then became somewhat of a guardian angel for the child.

Something stirred within Elena. It was like a warmth had come over her once the woman’s tear touched her skin. It was like magic – faerie magic – and it was something that she only felt when her father told her stories.

“Why are you really here?” Elena asked this time with her voice lively. “Who are you?”

“I told you, your father sent me,” the woman replied wiping her eyes. “Call me a figment of your imagination, but I am here because of your father. I was one of his stories. I am a story!”

“Yes,” the woman replied with glee. “I was the tale of the woman who found the children in the woods, who helped them flee the soldiers that wanted them dead. I was the witch who lured two children into my gingerbread house. I was the goddess who fell in love with a mortal, who was betrayed and was forever lost in the mountains they named after me. Yes! I am the woman in all those stories. I am your stories. So my question is, now that you know the truth, will you push me away again? Will you lock yourself up in the confines of your darkened room and never hear the tales again? I can bring you there. The stories will go on, that is, if you let me in.”

Elena shrugged. She started to cry. Memories of all those stories flooded her mind and crushed her heart.

“Can we try again? I owe it to your father.”

Elena nodded. She embraced the woman in black tight.

“There, there… it will be alright. Our adventures are yet to begin.”

The young lady smiled. She now realized that, in one way or another, her father was still with her. If the woman was a story, then it was her father’s story, and that, in a way, made her sorrow go away.

The woman smiled and said, “Tonight then.” She flicked her parasol and closed it, kissed Elena on the forehead, and walked away humming.

From behind the girl came footsteps and the gentle touch of a hand softly landed on her shoulder.

“Is it time to go?” Elena asked in a lighter tone.

She was escorted from where she sat. With trembling hands, she grasped her mother’s arm and walked in the darkness that her blind eyes saw, but instead of the nothingness that she once lived in, her vision revealed hope in the image of a woman and the adventures that will keep her company, at least until her sadness fades away.

This site uses Akismet to reduce spam. Learn how your comment data is processed.